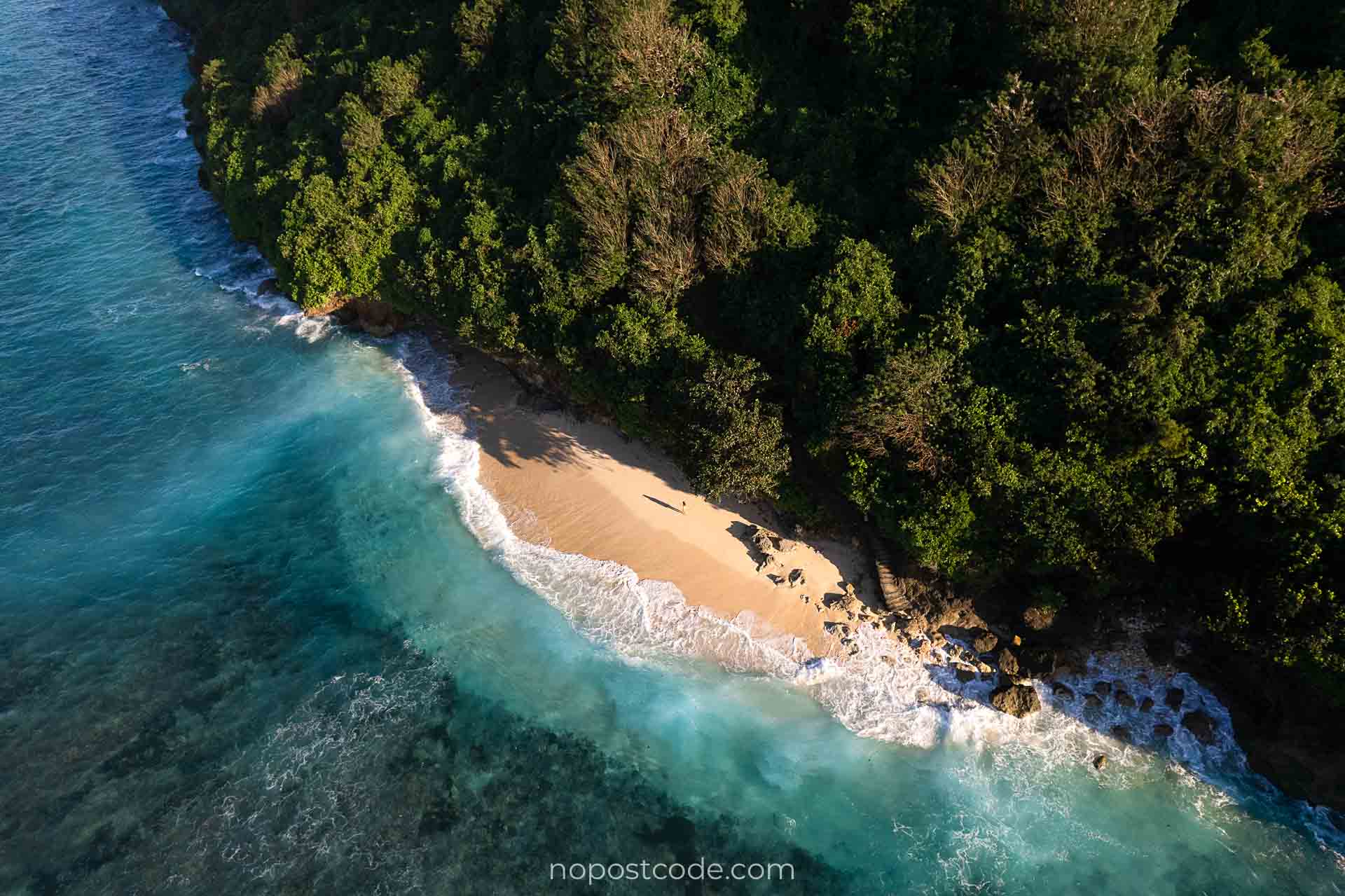 It’s no secret Bali is known for its dramatic coastline with wild surf, sheer cliffs and picturesque beaches. One of the most stunning of these is Green Bowl Beach in Uluwatu, or technically Ungasan. Sometimes (incorrectly) referred to as Greenball Beach, it’s a popular spot for dedicated surfers who don’t mind carrying their board down and up a 75-metre cliff.

Whilst no longer a “secret” spot, Green Bowl Beach is still far less crowded than most other beaches in Uluwatu. It’s small, with only around 30 metres of exposed white sand, but it’s ultimately paradise.

How to get there

The best time to visit Green Bowl Beach (Pantai Green Bowl) really depends on what you’re there to do. If you’re there to surf, you can check the forecast here, but if you just want to explore this stunning beach then it’s best to visit between high and low tide.

If the tide is too low, the reef and rocks will be exposed and its nowhere near as picturesque, but if you visit during high tide, there won’t be much of a beach at all. In fact, the waves will be lapping at the staircase. 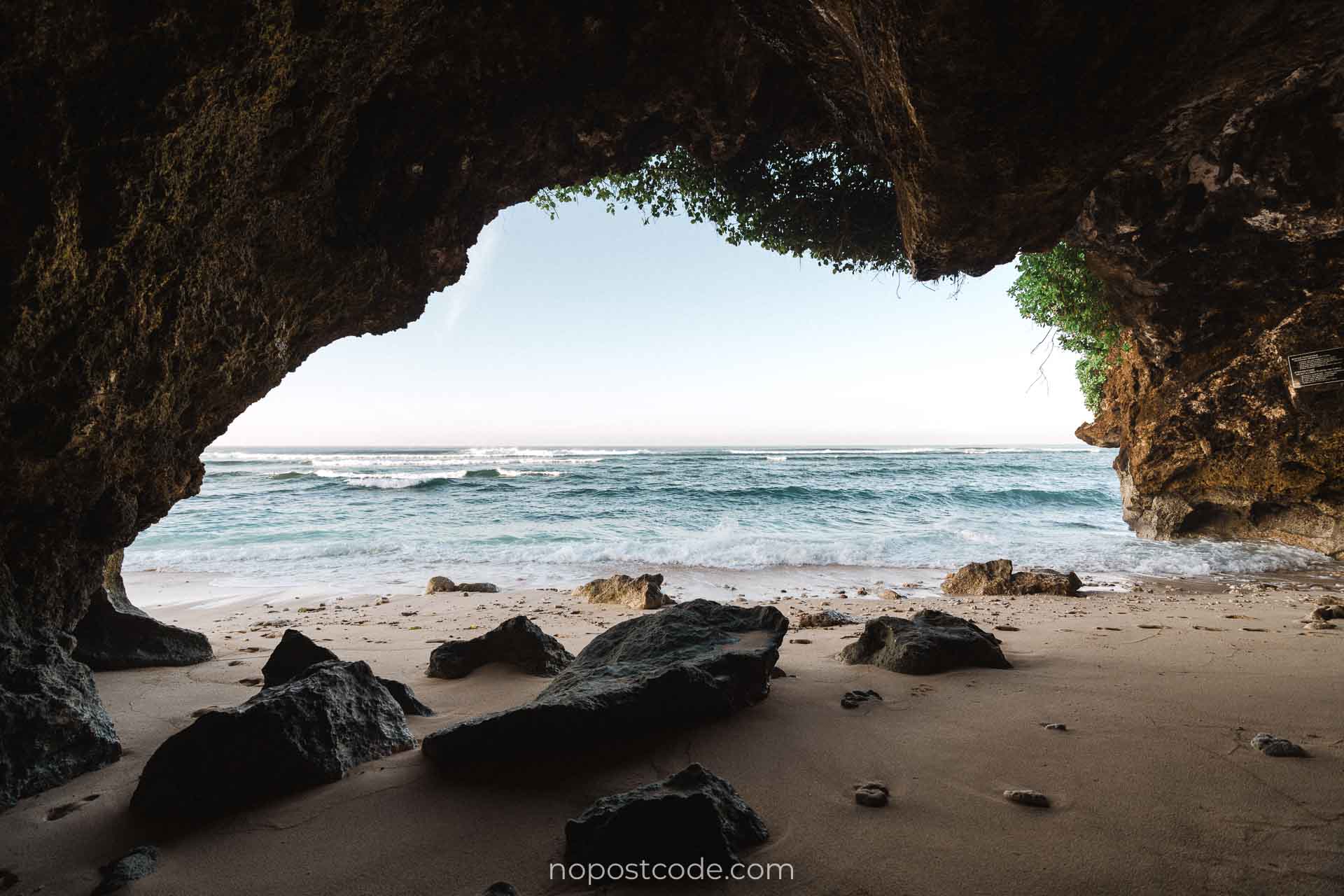 How to get to Green Bowl Beach

Green Bowl Beach is in Ungasan, on the southern tip of Bali about 20 minutes from the main town of Uluwatu. Google Maps will lead you to the parking lot and from there it’s a short hike down a steep staircase to the beach. Getting there isn’t the problem, but getting back up did leave us a little breathless. Big ups to those who do it with a surfboard in tow 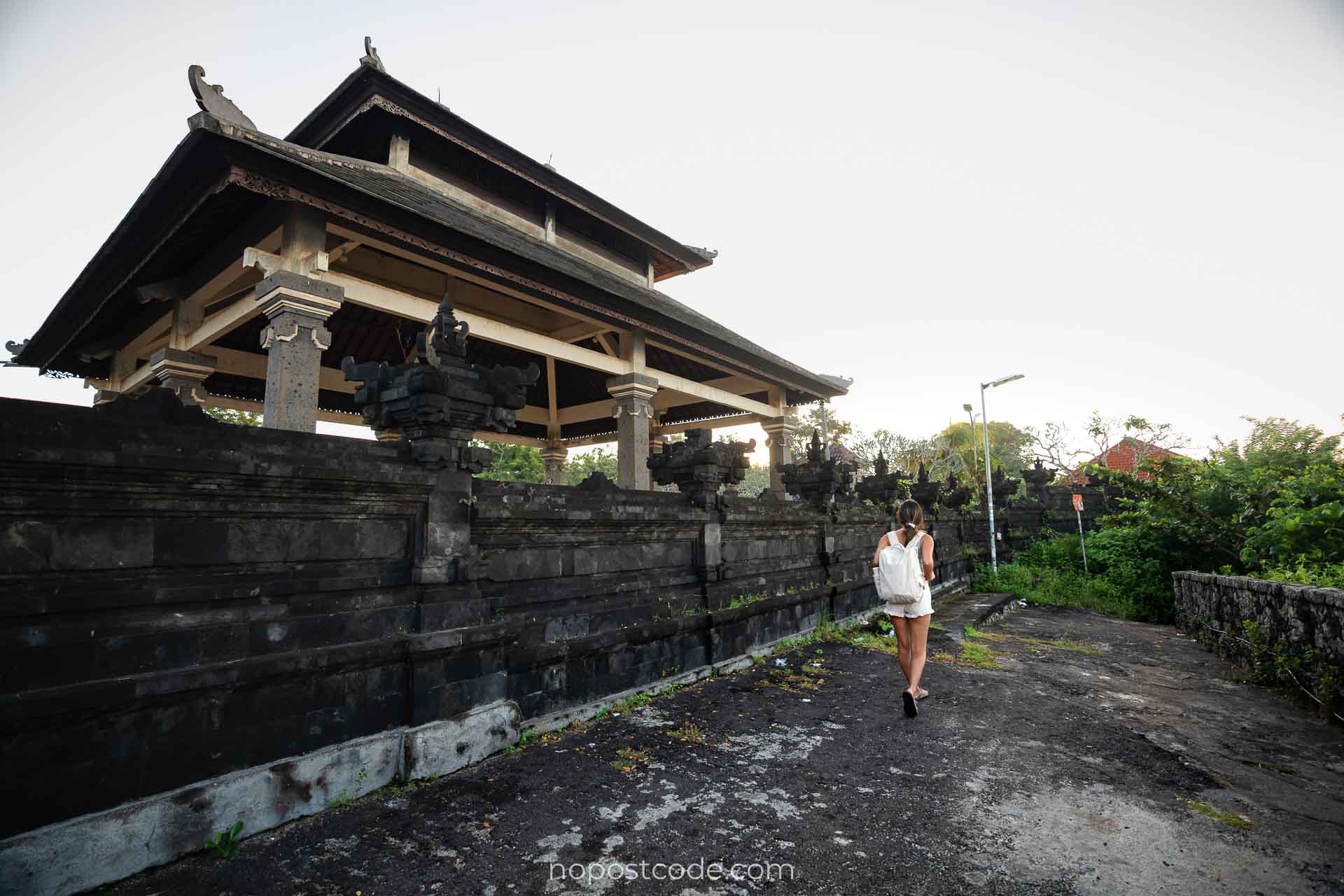 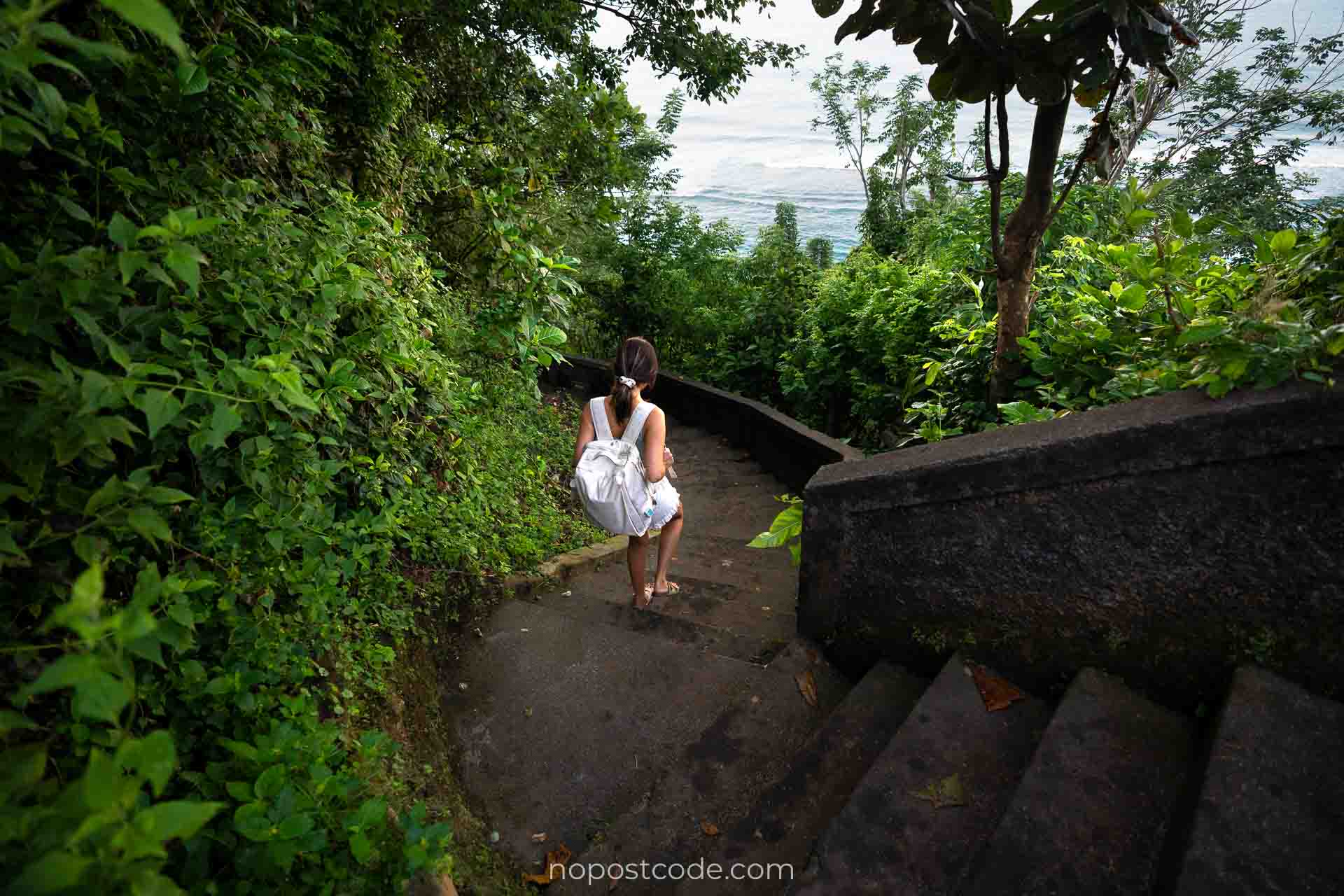 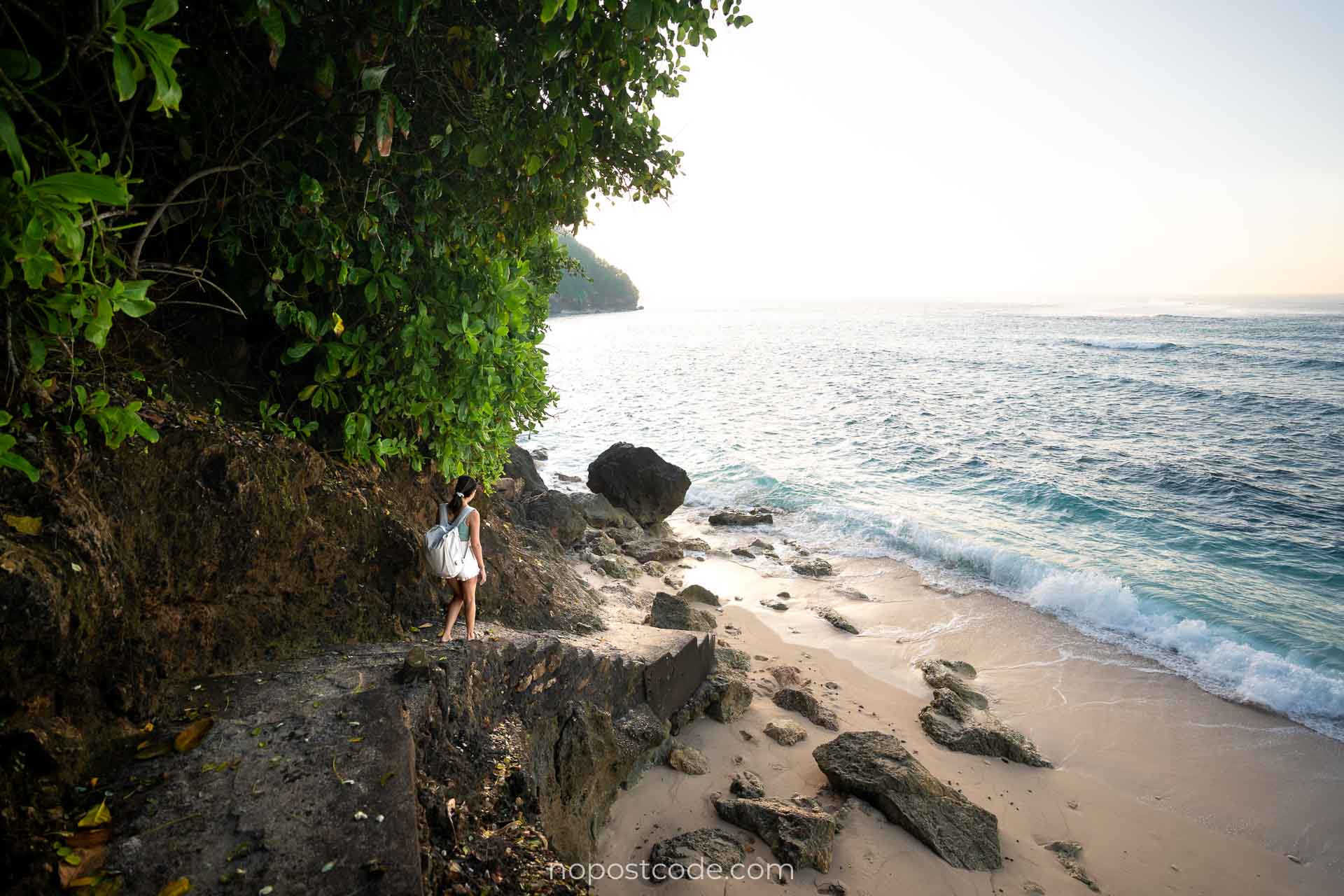 What to bring to Green Bowl Beach

Prepare for your trip to Green Bowl Beach with our must-have travel essentials. (click for prices)

If you’re interested in photography and/or videography this is the gear we can’t live without:

There isn’t technically an entrance fee, however there is a parking fee of 2000 IDR. There’s also a number of vendors selling coconuts and other snacks so you might want to bring a little change for an icy cold coconut after your surf – and the hike back up.

What to expect at Green Bowl Beach In Uluwatu

Green Bowl Beach in Uluwatu may be small, but it’s one of the most picturesque beaches in all of Bali. Turquoise blue water laps at the golden sand, tucked away from the hustle and bustle by a dramatic cliff face covered in dense tropical jungle. 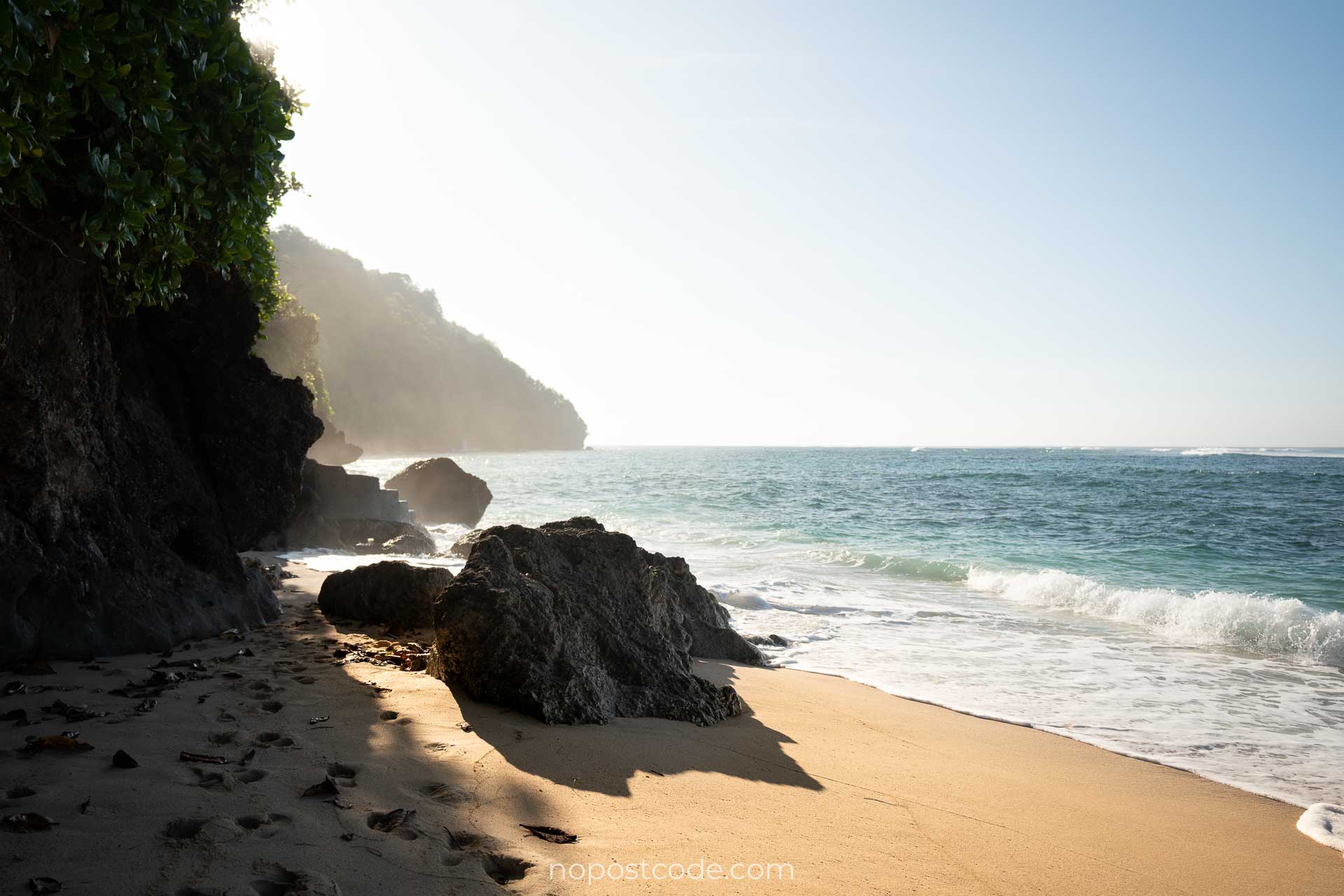 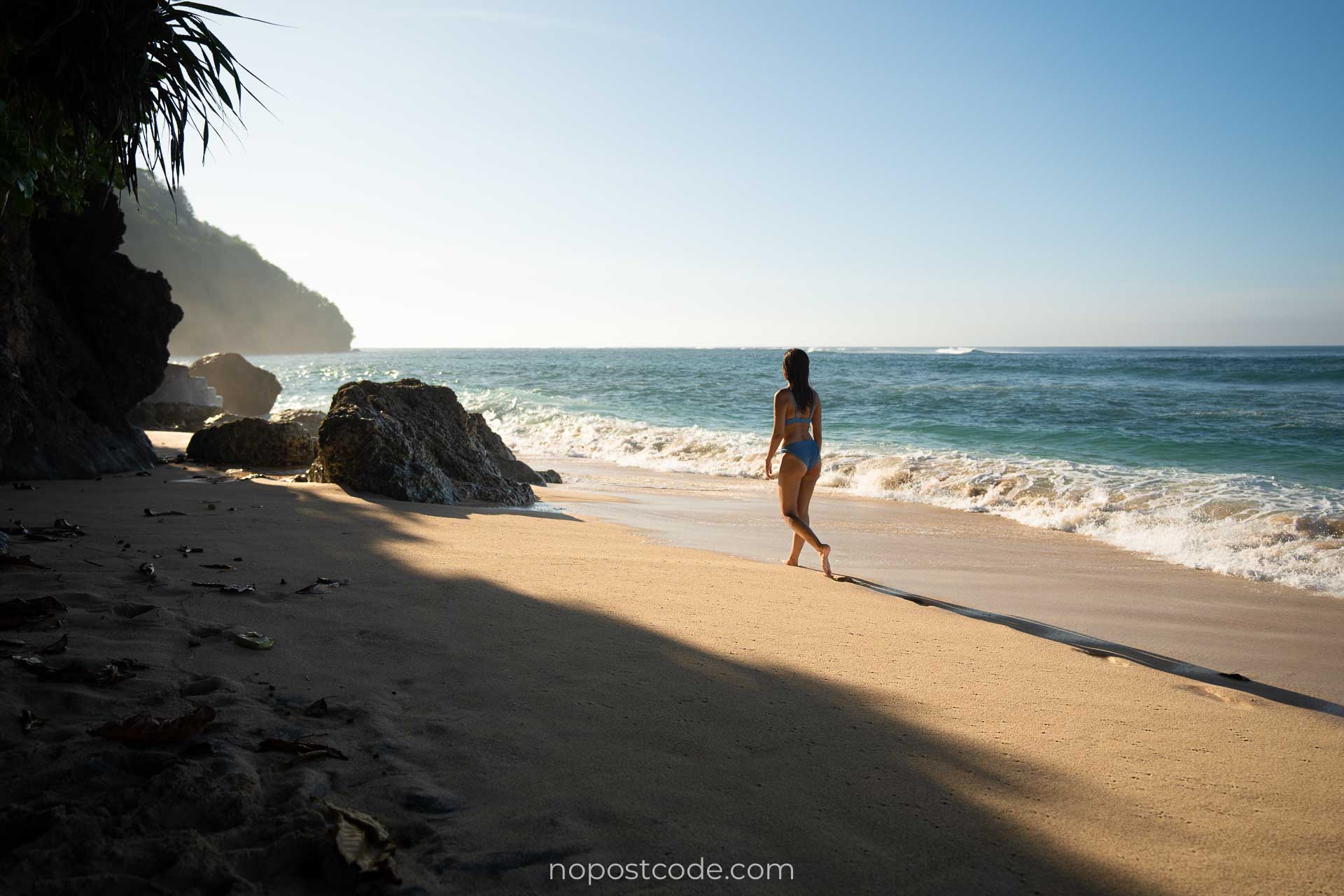 The coolest thing about Green Bowl Beach is the shallow cave where you can take respite from the blistering Bali heat. If you go early enough in the day, you might even be able to get it to yourself. 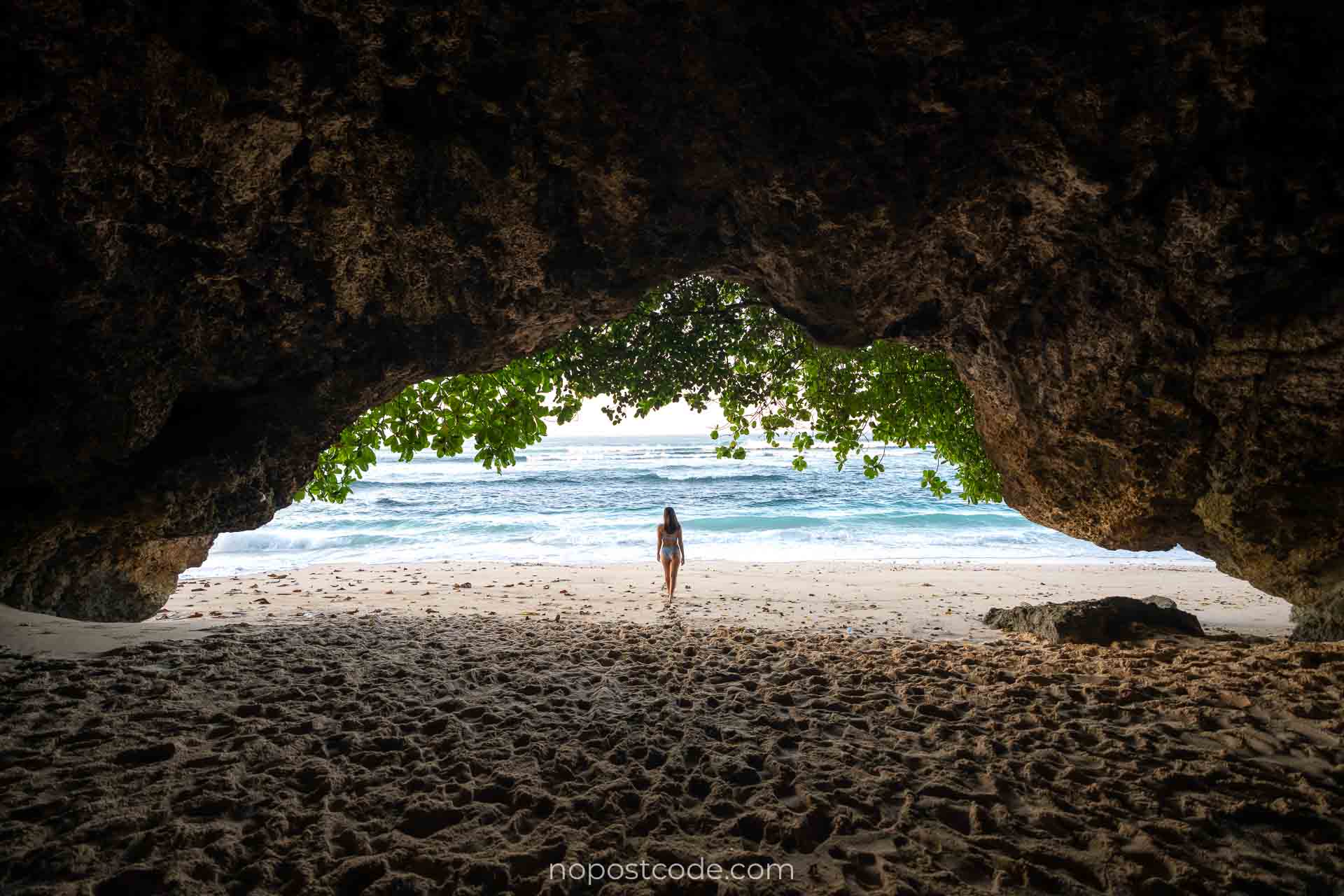 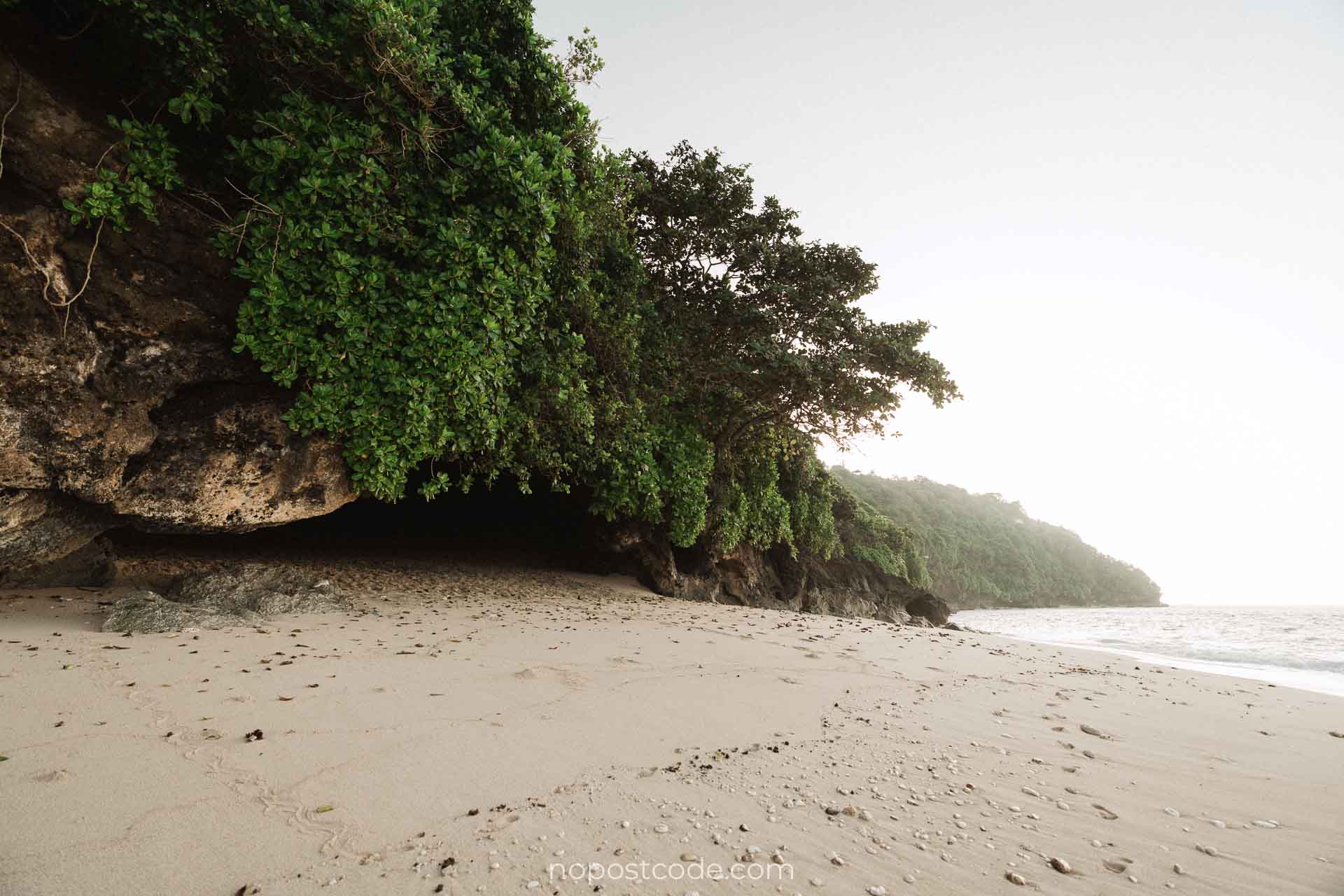 Just beyond the first cave is another cave which has been marked as a sacred place for the Balinese. There are several statues of different Gods as well as offerings left each day. If you venture into this cave, be sure to treat it with respect. 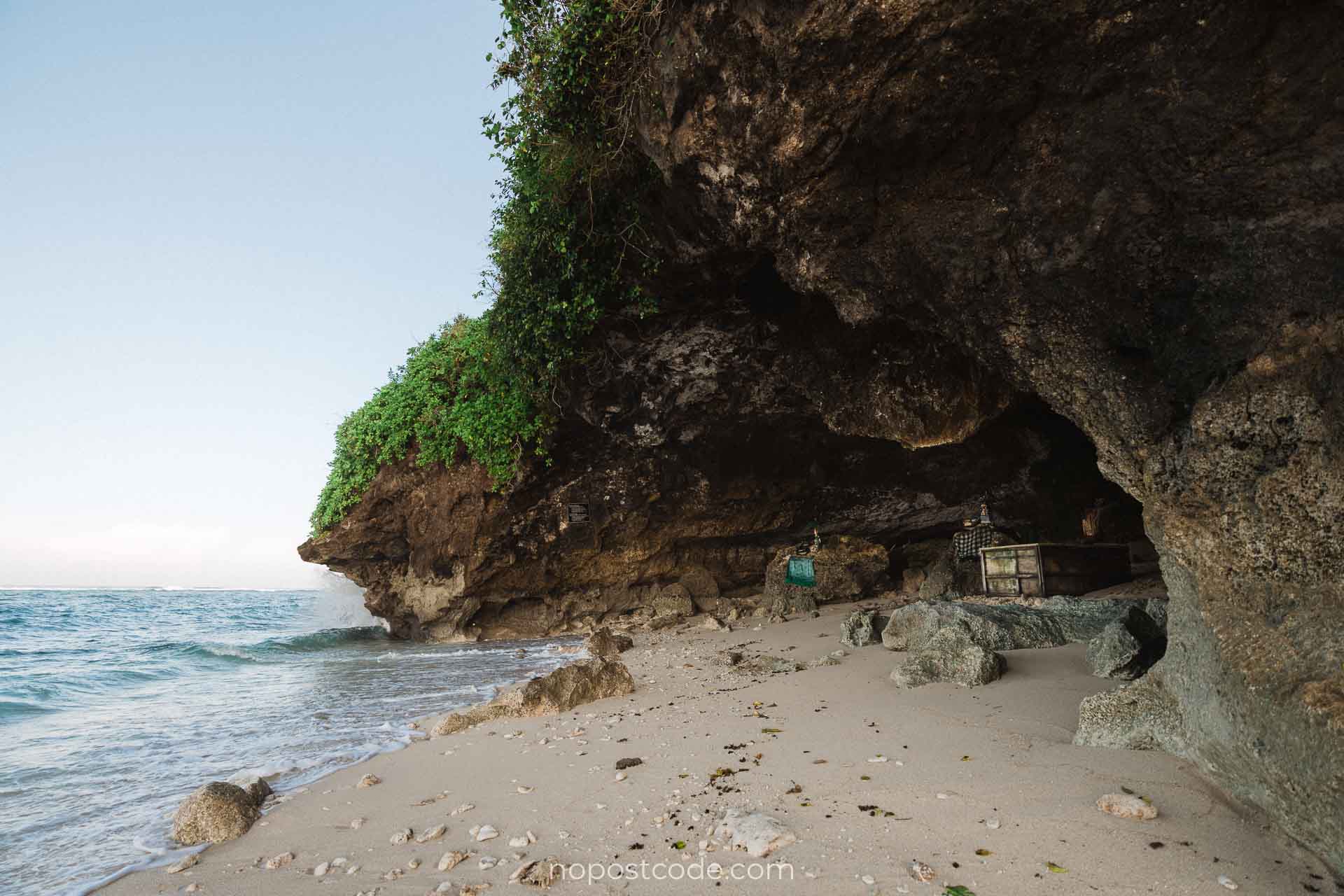 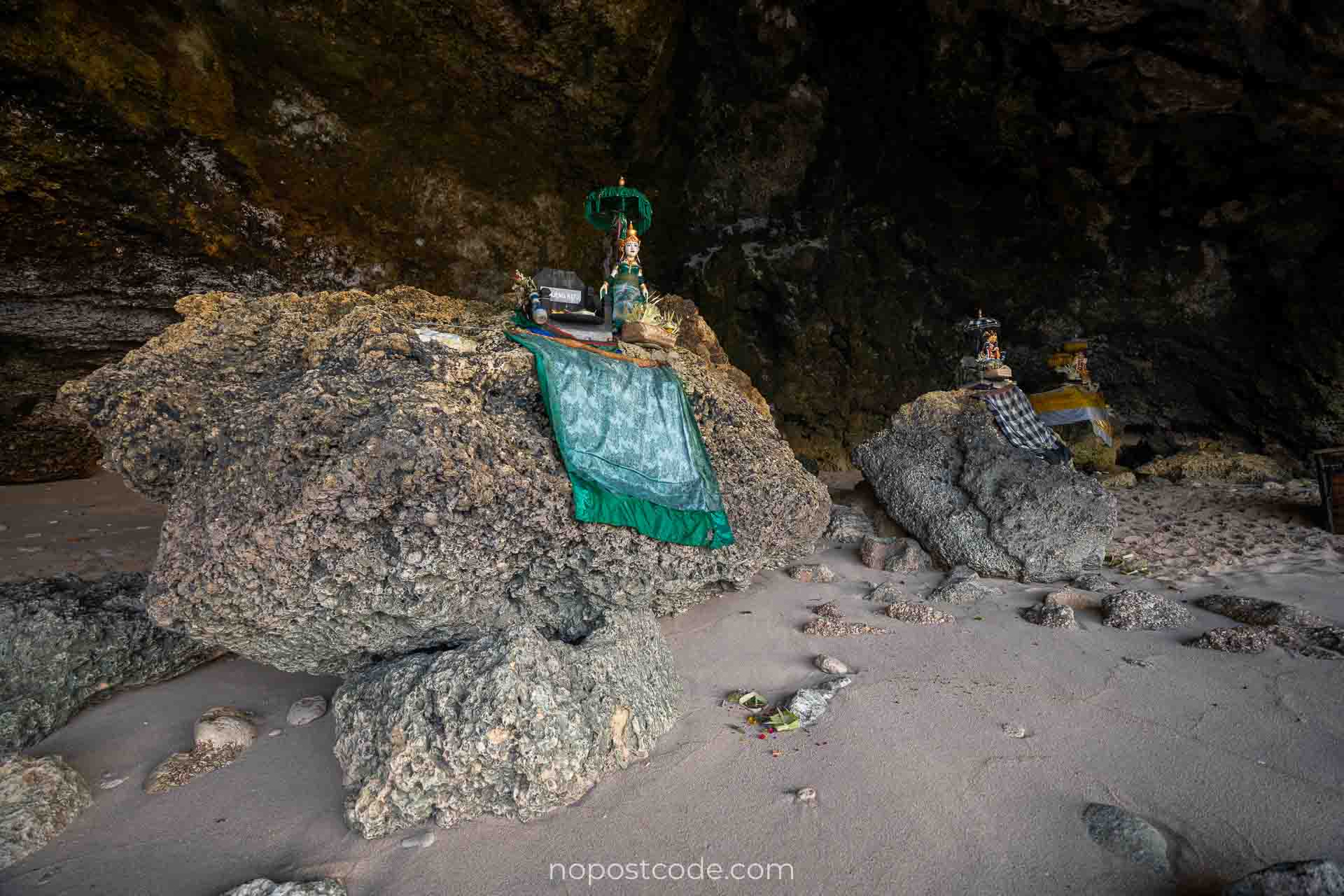 We stayed at Green Bowl Beach (Pantai Green Bowl) for a couple hours, admiring the surfers and relaxing at the mouth of the cave. The tide eventually ran us away, so make sure you leave before the tide traps you in! 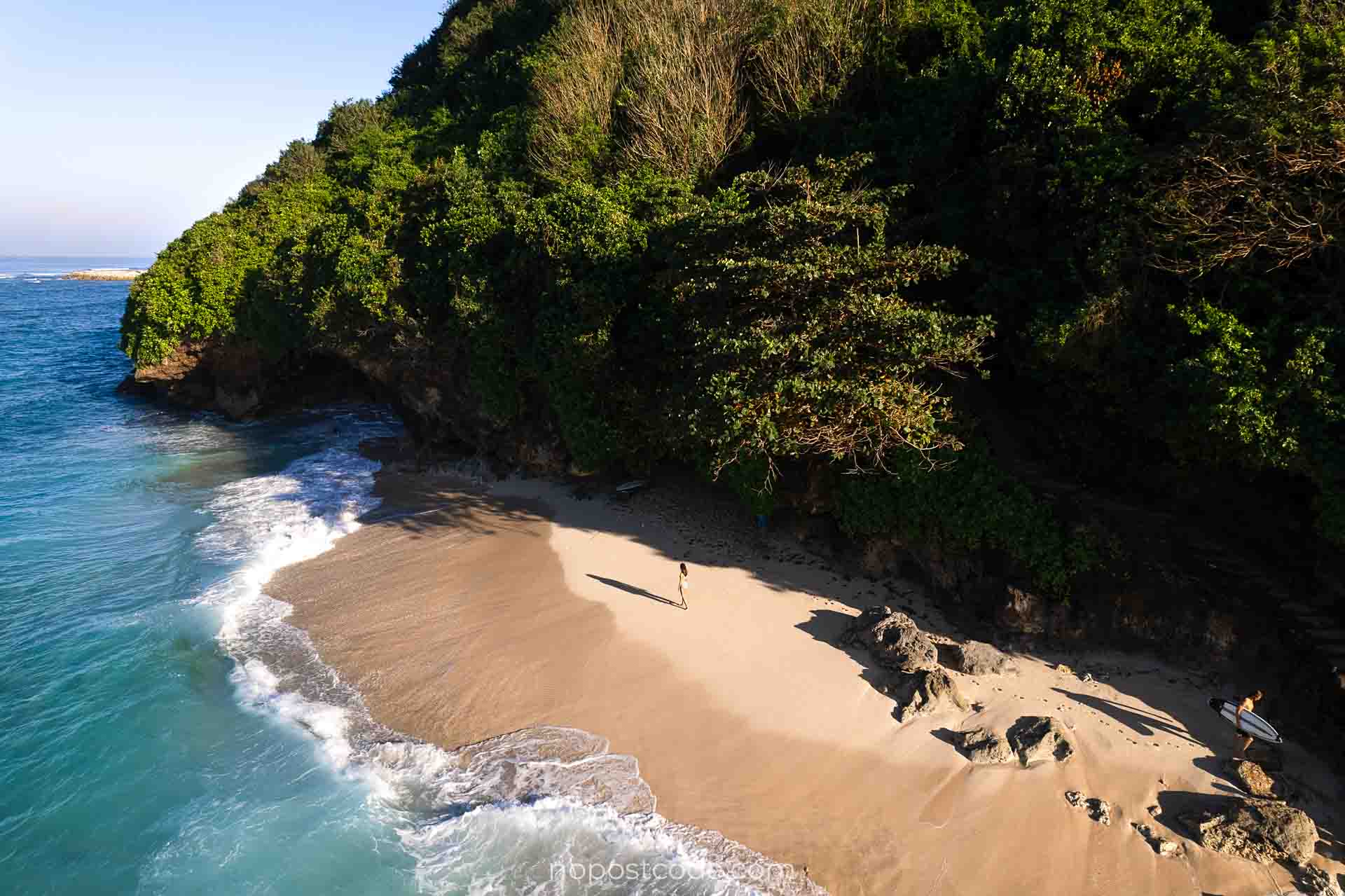 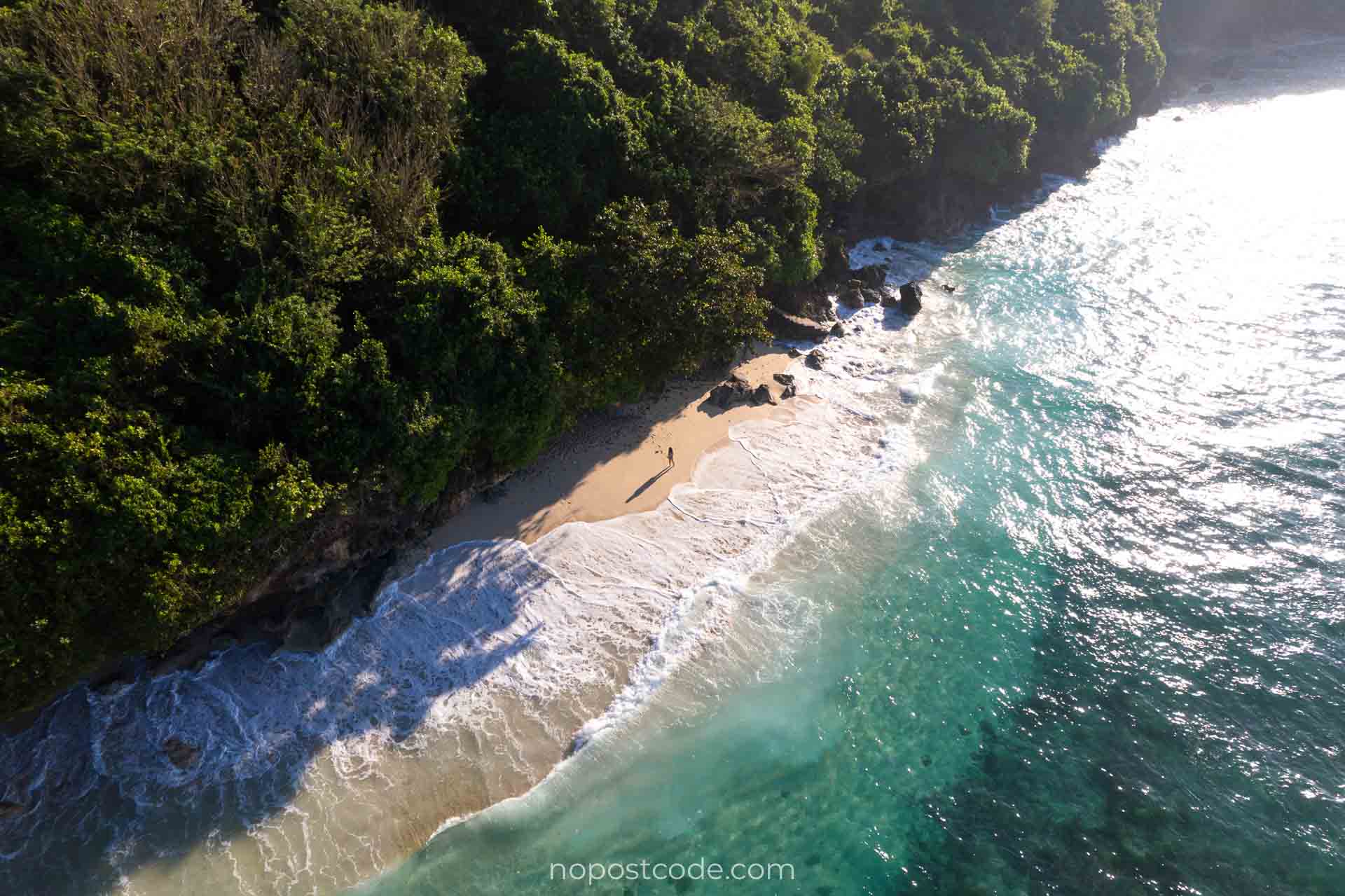 Uluwatu has been blessed with some of the best beaches in Bali. Check out more of the stunning beaches in Uluwatu:

Pin it for later 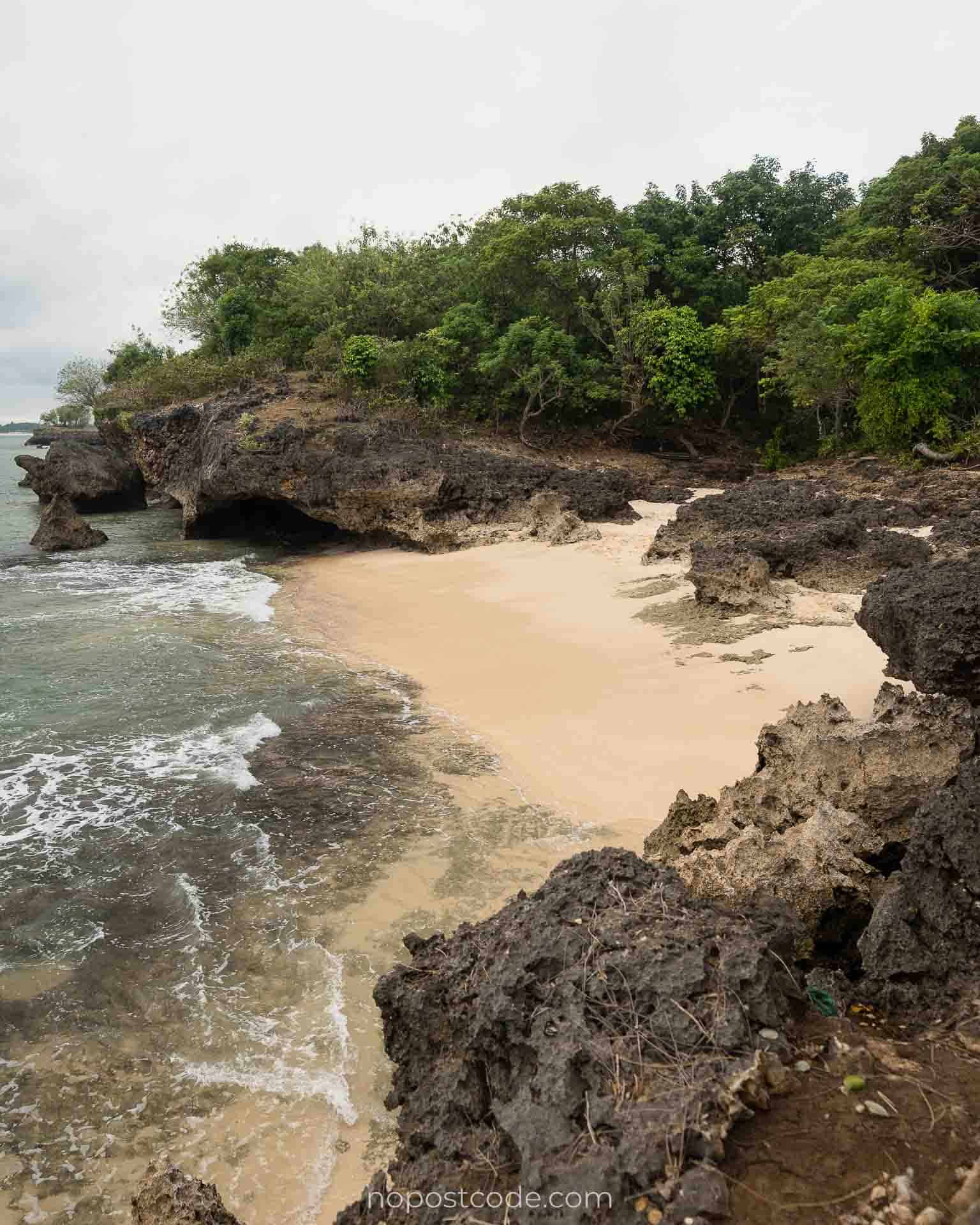 Honeymoon Beach Jimbaran Bali is a highly underrated beach, along Bali’s southwest coast. Not yet known to many tourists, it remains mostly pretty quiet as the only visitors are locals and the occasional foreigner here and there. This will likely change as tourism... 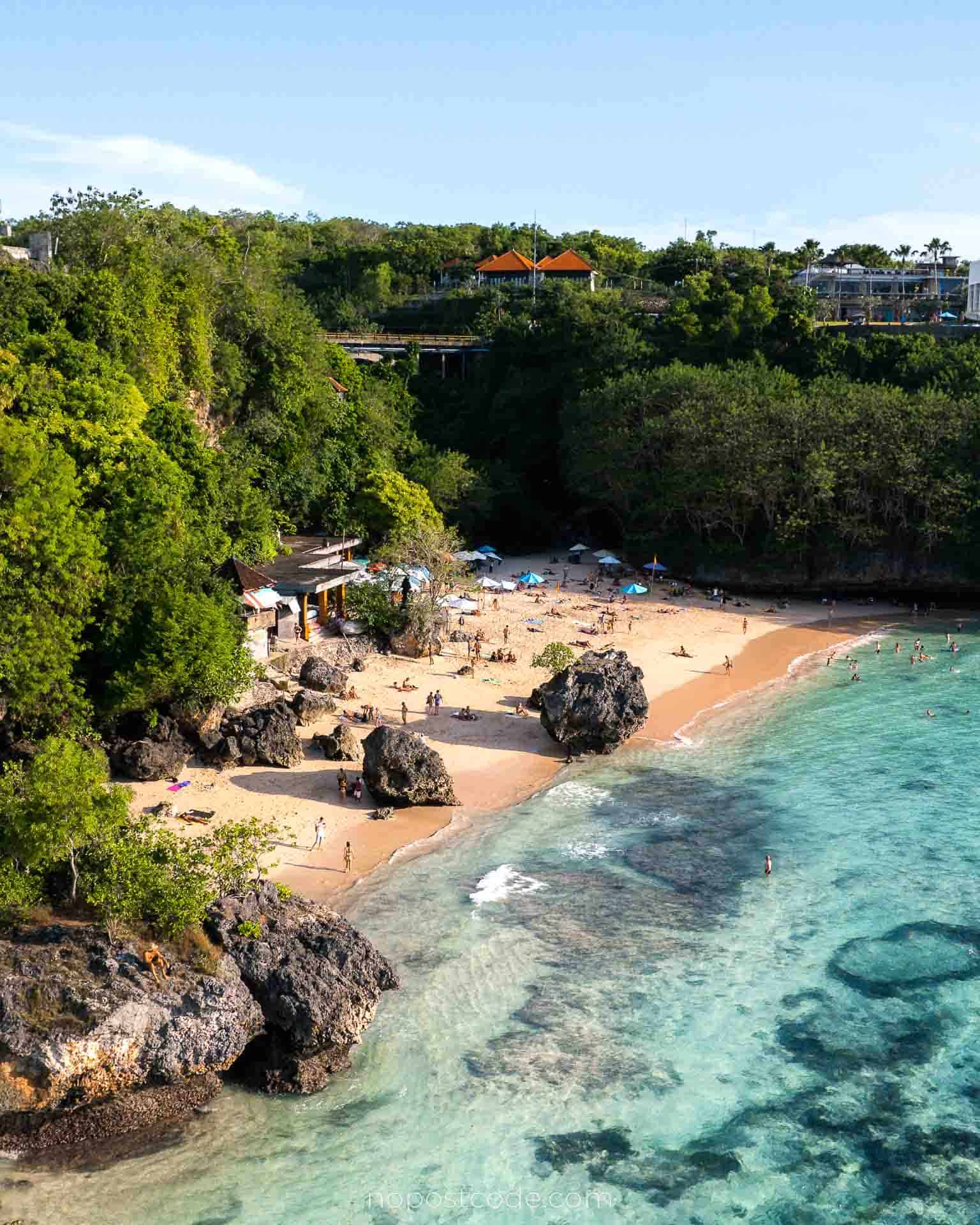 Padang Padang Beach is one of the most famous beaches in Uluwatu, put on the map for its incredible and consistent surf. Not for the faint of heart, surfing at this beach is recommended for experienced surfers, but don’t let that stop you from enjoying some fun in the... 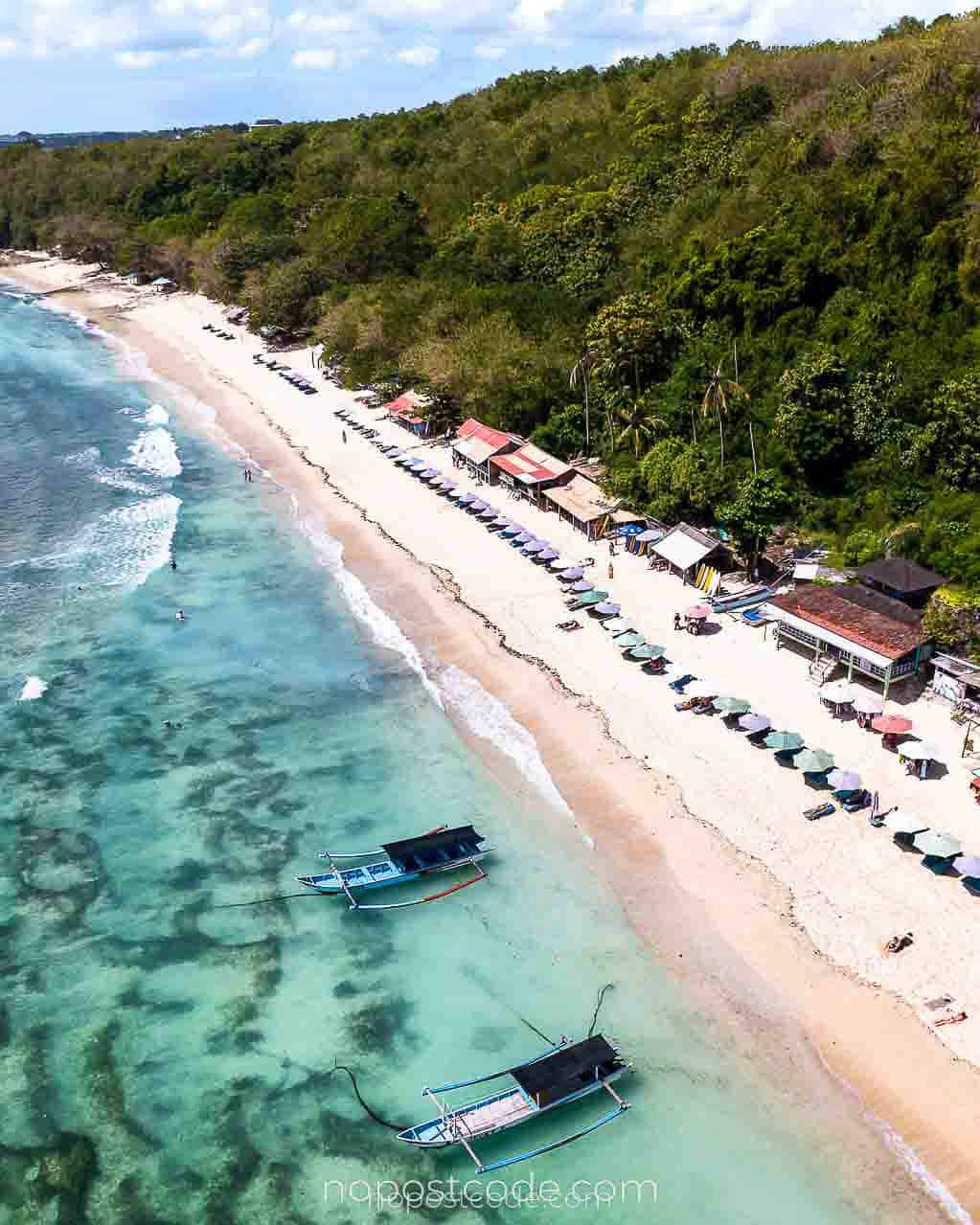 Thomas Beach Bali is one of the more low-key beaches in Uluwatu, nestled between Padang Padang Beach and Suluban Beach on the southwest coast of Bali. A lot of people overlook this beach because it doesn’t have the best surf in the area, but that makes it the perfect...