KAN-UNTOL FALLS: Unexpected Surprise On The Way to Pasalan Falls

HOW TO GET TO KAN-UNTOL FALLS

Kan-Untol Falls is hidden away in the mountains of Amlan, a little town just outside of Dumaguete City. Amlan proper is only around 30 minutes from downtown Dumaguete, however Kan-Untol Falls is another 45 minutes to an hour from the main highway. The road to this waterfall is one of the worst we’ve driven, and should only be attempted by confident drivers. You’ll need a motorbike to reach the falls, not a car, and if there’s two of you on one bike it’ll need to have more power than an XRM.

Google Maps has a habit of leading people astray to Kan-Untol Falls, so we recommend putting in directions for Cantalina Falls. Instead of turning right off the main road to Cantalina Falls, just follow the road straight until it goes from cement to rocks, dirt and potholes. Lots of potholes. This road will take you all the way to the power plant.

To reach Kan-Untol Falls, you’ll need to pass through the private property of the Amlan Hydroelectric Power Plant. After a long and bumpy ride, we reached the guarded entrance of the power plant and told the guard we were just passing through to get to the waterfalls. We’re pretty sure as long as you state your purpose, they’ll let you in, but it might be worthwhile checking with Amlan Tourism before you drive all the way there.

After reaching the power plant entrance, it was still another 10 minutes of painstaking driving before we were able to park and start the hike. The first challenge is making it over the wall, but after that it’s pretty much a straight shot upriver to Kan-Untol Falls.

You’ll have to trek upriver and over some boulders for about 5 – 10 minutes before you the falls. It’s a stunning hike and there are heaps of little swimming holes along the way. The rocks are orange thanks to the sulphuric properties in the water, so we don’t recommend drinking it but its perfectly safe (and supposedly beneficial) to swim in.

OUR EXPERIENCE AT KAN-UNTOL FALLS

Like we mentioned earlier, we really weren’t expecting to see Kan-Untol Falls. We were there for Pasalan Falls, and our local friends didn’t mention there was another waterfall on the way there. So when Kan-Untol Falls appeared out of no where, we were pleasantly surprised. If Pasalan Falls wasn’t so damn humongous, Kan-Untol would be plenty big enough to be the main attraction.

We didn’t stop here for very long, as we were on a mission to find Pasalan Falls. Kan-Untol Falls may not be the main drawcard, but it was definitely a huge plus. After 10 minutes here, we continued our trek upriver to Pasalan Falls. If you wan’t to read about that crazy adventure, you can check it out here.

WHERE TO STAY NEAR KAN-UNTOL FALLS 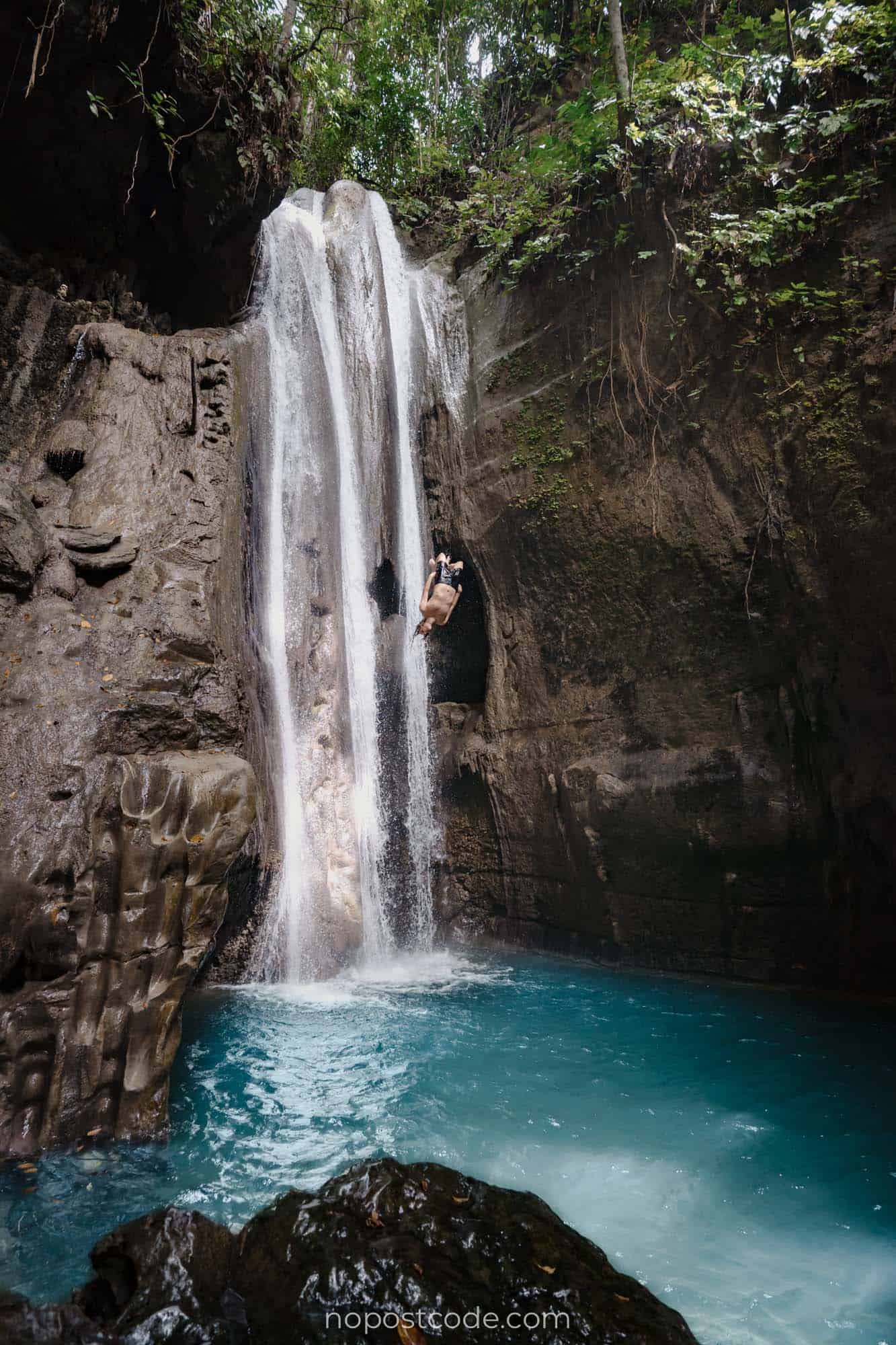 Cebu is one of our favourite islands in the Philippines, seemingly made for adventure travellers. If you're a fan of waterfalls like we are, then you're in luck. There are literally hundreds of waterfalls in Cebu, and whilst we're yet to visit them all - we doubt we... 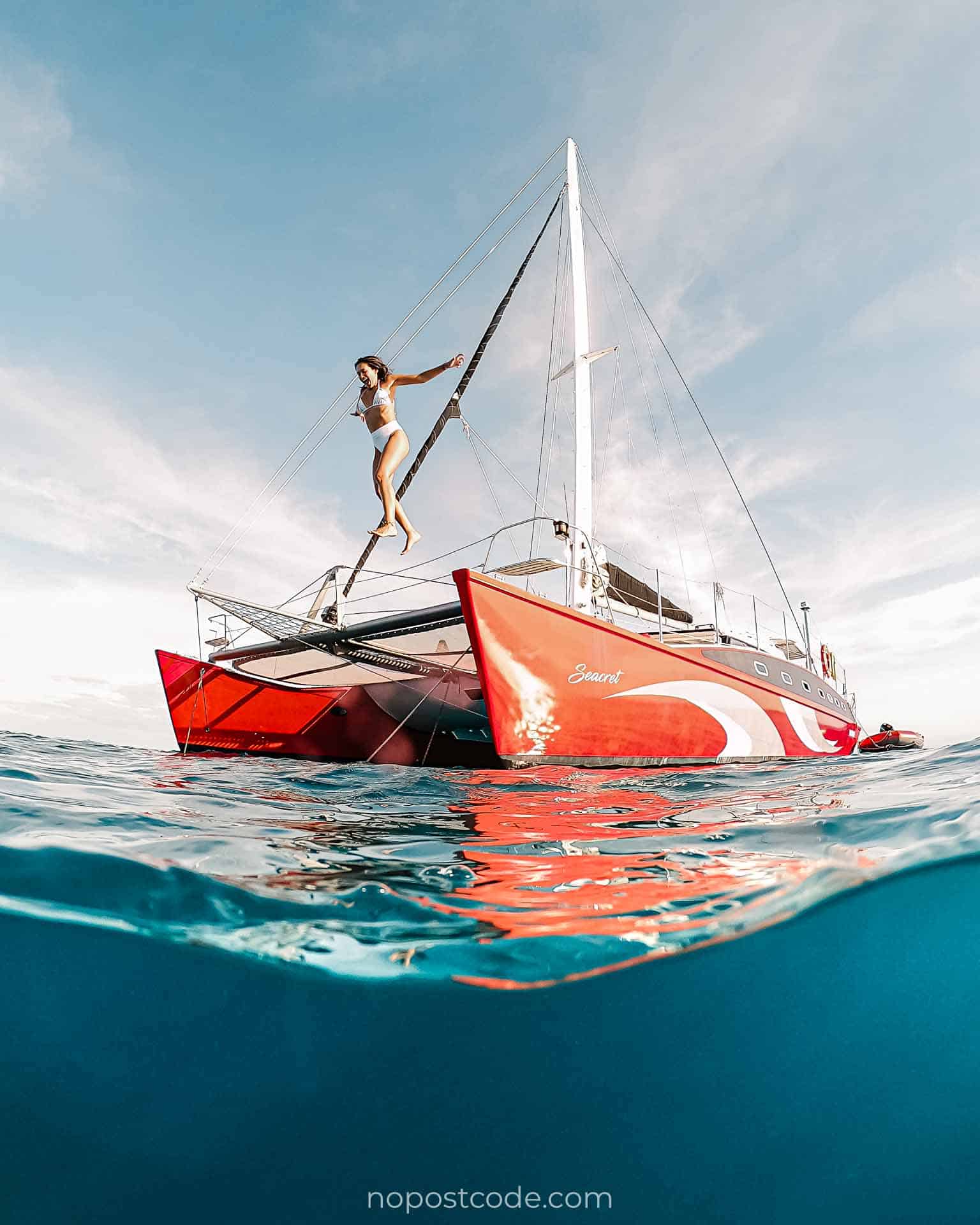 Bantayan Island is one of the most popular destinations in Cebu, and for good reason. This tiny tropical paradise is made up of stunning beaches, uninhabited islands and epic experiences that will leave a lasting impression long after your vacation has ended. We've... 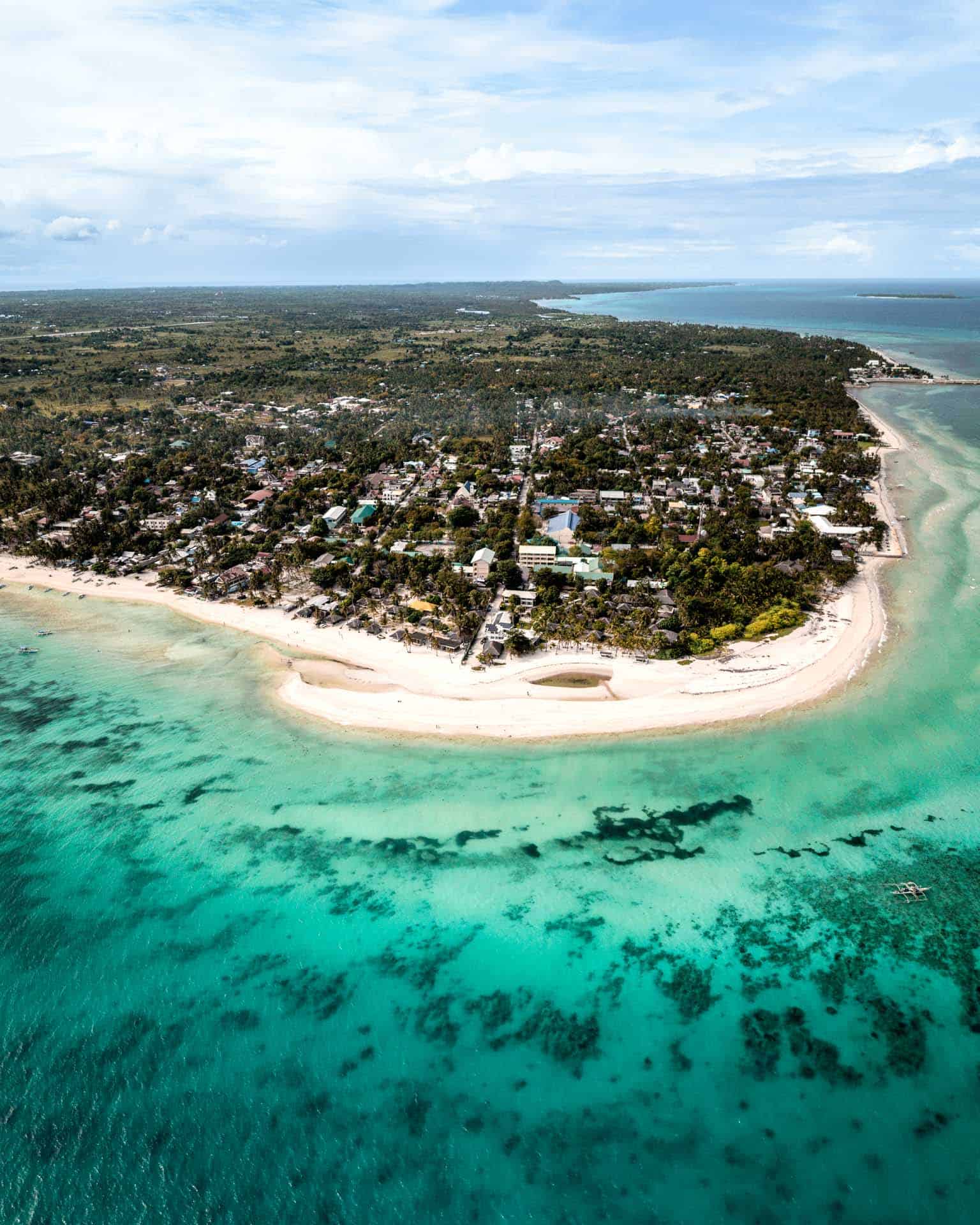 Bantayan Island is home to some of the best beaches in Cebu - its coastline dotted with pockets of white sandy coves, azure blue water and rows of swaying palms. We've wrapped up the 6 best Bantayan Island beaches to add to your itinerary whilst you're in...