Taraw Cliff in El Nido is a spectacular viewpoint overlooking El Nido bay with its rows of boats and nearby islands. From the bay looking back towards town, Taraw Cliff is the jagged cliff looming behind the town which looks impossibly pointy and not at all climbable. But there is a way to the top!

It’s a difficult climb that definitely isn’t for the faint of heart, but if you consider yourself an adrenaline junkie then this is an unmissable hike. Risk and reward, baby. If balancing on limestone spines and clinging to cliffsides isn’t your thing there’s an easier hike called the El Nido Canopy Walk but it won’t take you all the way to the top. If you think you can do the full climb, then we absolutely recommend it. Hiking Taraw Cliff is one of the best things to do in El Nido!

Taraw Cliff is literally right on the edge of El Nido town. It’s easy to find on Google Maps, but careful you don’t go to the Canopy Walk. It’s walking distance from just about everywhere in the main town, but if you want to save time then you can always rent a motorbike or scooter. The most reputable scooter rental in town is Lakwatsero Motorcycles, which you can rent from for ₱500/$10 USD for 24 hours.

WHAT TO BRING TO TARAW PEAK EL NIDO

Prepare for your trip to Taraw Cliff with our must-have travel essentials.

For the best lighting, you’ll want to hike before sunup so that you’re at the summit as the sun is rising. It’s definitely sketchy doing it in the dark but the light display when the sun rises makes it all worth it. Not to mention it won’t be as hot this time of day, but even in pre-dawn conditions, expect insane humidity.

GETTING A GUIDE TO HIKE TARAW CLIFF EL NIDO

We’re the first to shrug off tour guides and go it alone, but Taraw Cliff isn’t the kind of place where you can do that. We definitely recommend using a guide, because finding the entrance is hard enough. Let alone knowing the correct route up the steep limestone cliff, which rocks are stable and which ones will send you falling to your death. Okay, maybe not quite so dramatic, but there was a nasty accident involving an Aussie tourist in 2018.

We were introduced to Bryan Hamora through our friend Jackson Groves of Journey Era in 2019, the first time we hiked Taraw Cliff. This was before we blogged, so during our return to El Nido in 2021 we reached out to Bryan again to arrange another Taraw Cliff hike. He wasn’t able to guide us himself, but one of his guys Dodoy led the way. They’re definitely the most experienced Taraw Cliff guides and we can’t recommend Bryan and his guys enough. You can reach Bryan on 09951508411 to arrange your hike.

The hike to Taraw Cliff starts at the Midtown El Nido Bakery, a little hole in the wall bakeshop right in town. Our guide, Dodoy, met us out the front of the bakery and from here we followed him through nondescript alleyways and neighbourhoods. It’s definitely not what you might expect, but it was a very raw experience compared to the more popular El Nido Canopy Walk.

After wandering through back alleys we made it to a ramshackle wooden staircase, which is where we began our incline. Despite only being a 30-minute hike to the top, it’s very steep, dangerous and physically demanding. Don’t expect a walk in the park.

The thing about El Nido is that the entire area is made up of jagged limestone cliffs, everywhere you look. Taraw Cliff is no different. We hoisted ourselves over razor-sharp rocks that often came to spearhead tips. Rubber closed in shoes are 110% necessary to climb Taraw Cliff.

THE TOP OF TARAW CLIFF

If you’re wondering how we hiked in daylight and arrived before sunrise, our photos were shot in reverse order because it was too dark to shoot on the way up. We reached the summit right as the sun was coming out for the day, and that’s when we realised it was extremely overcast. It wasn’t quite the colour display we saw the first time around and had hoped for this time, but it was still a beautiful view.

The morning haze made for some dramatic photos of El Nido as the town woke for the day. Since we were there mid-pandemic, there weren’t as many boats in the bay. But, if you’re hoping to take some epic drone photos while you’re up there, don’t get your hopes up. There’s an airport force field that makes it very difficult to take off or land safely and you risk losing your drone. 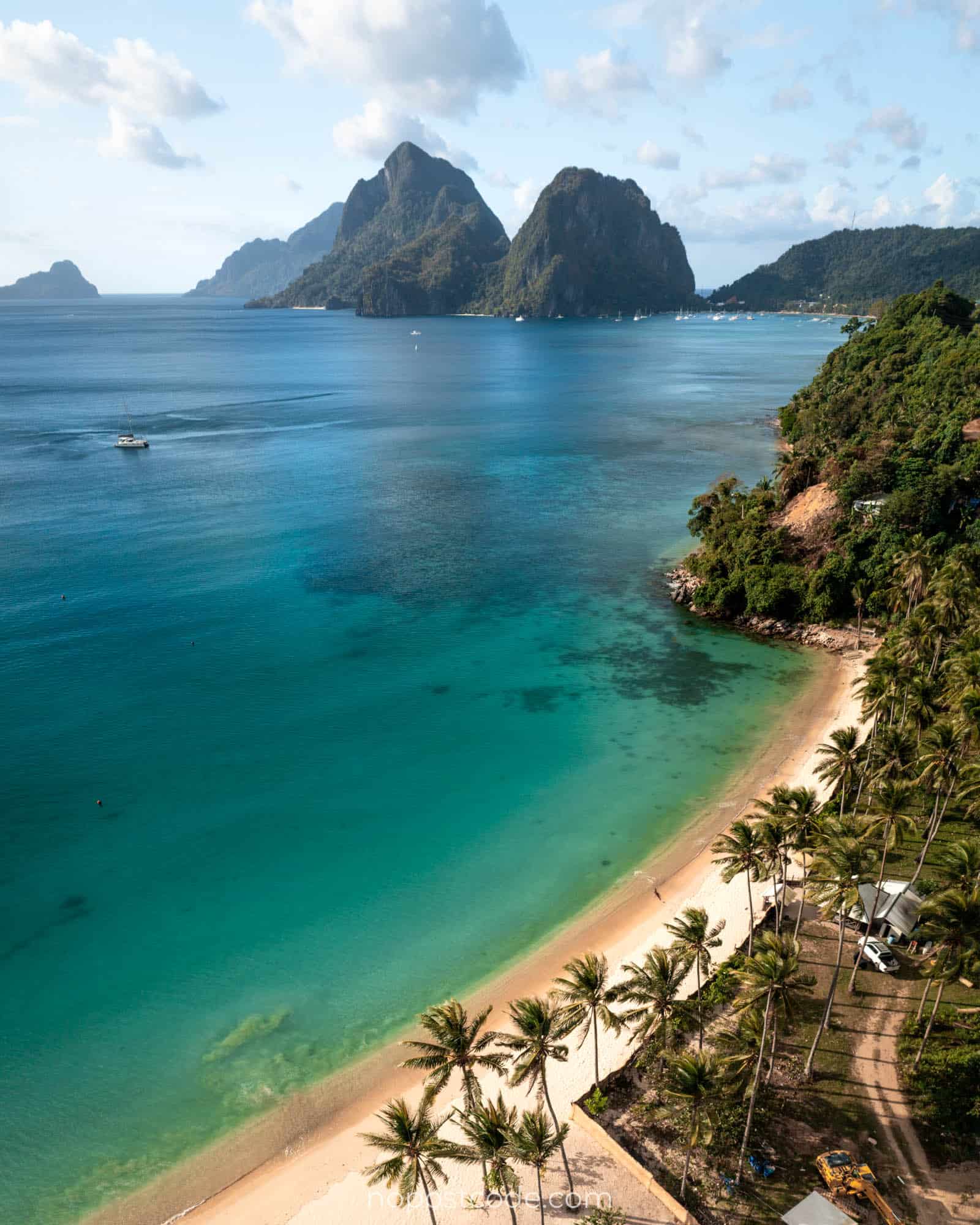 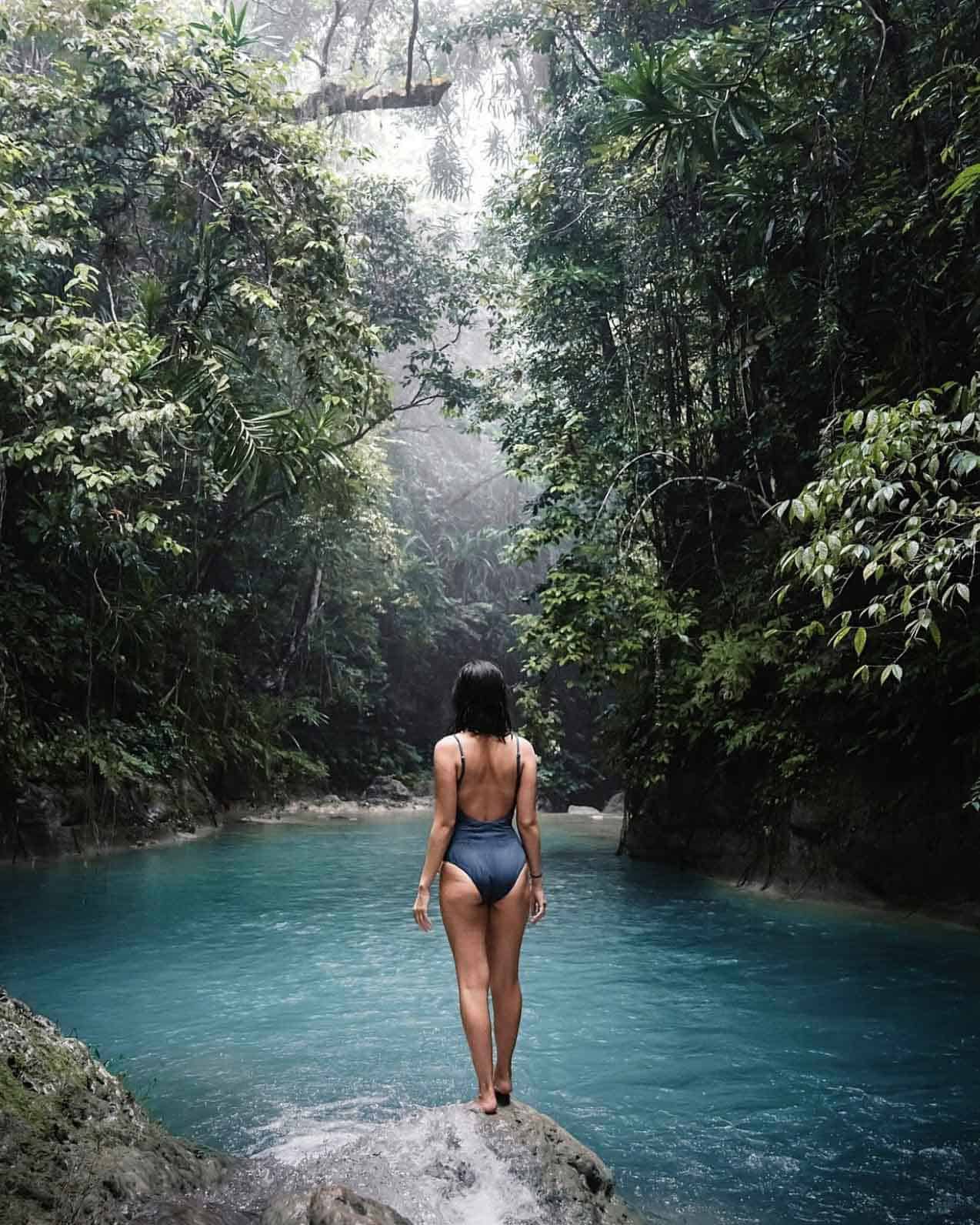 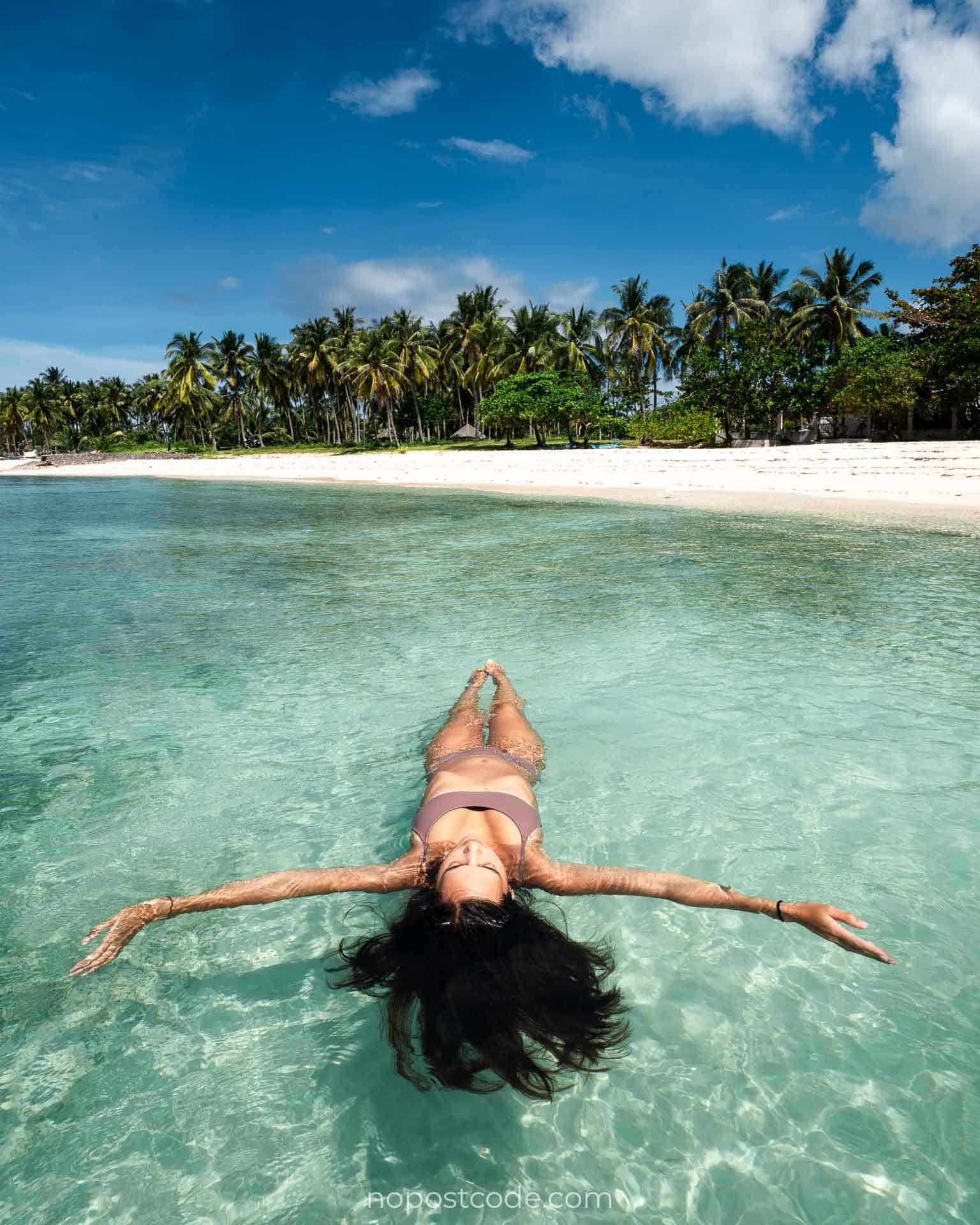 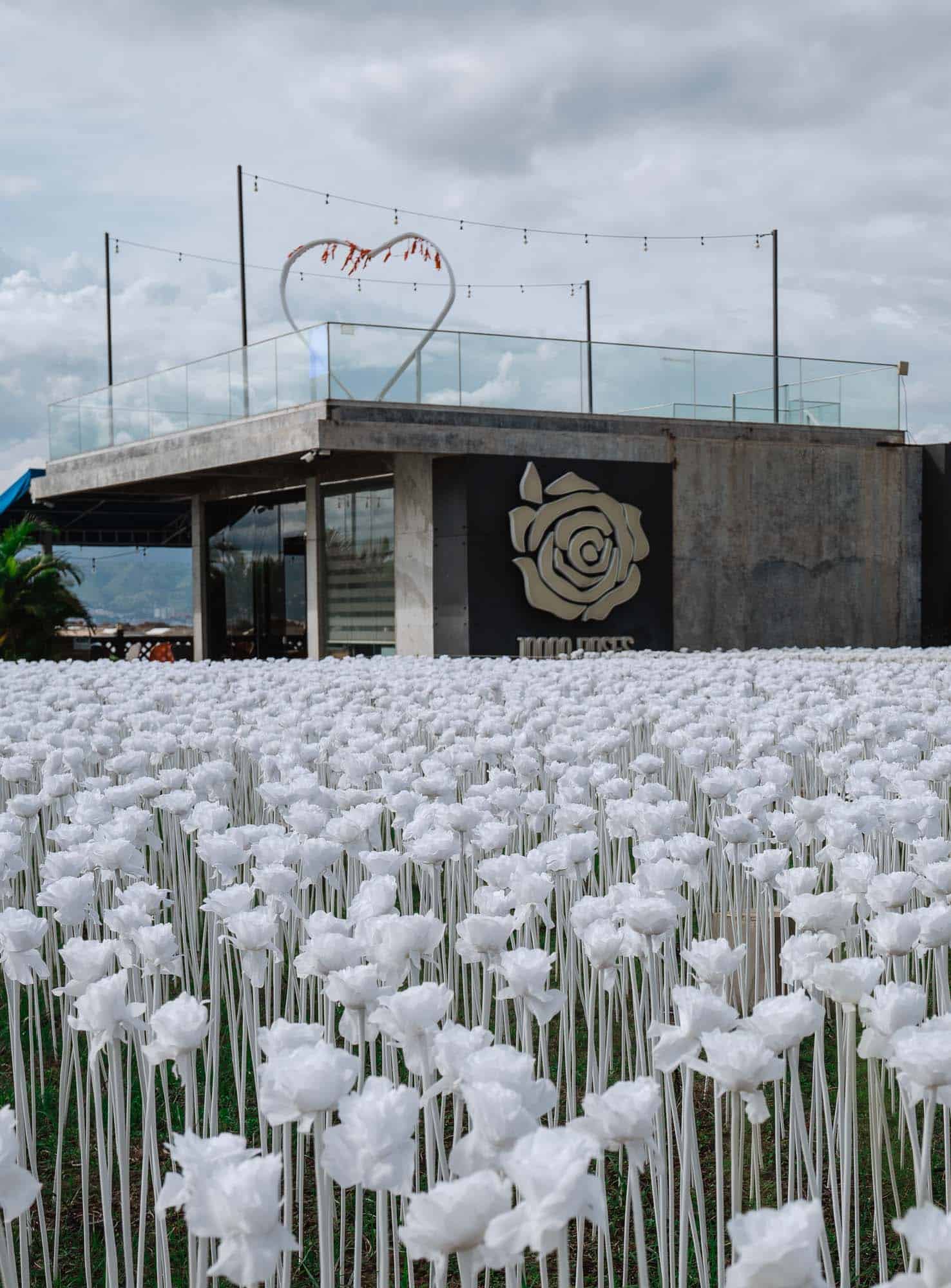